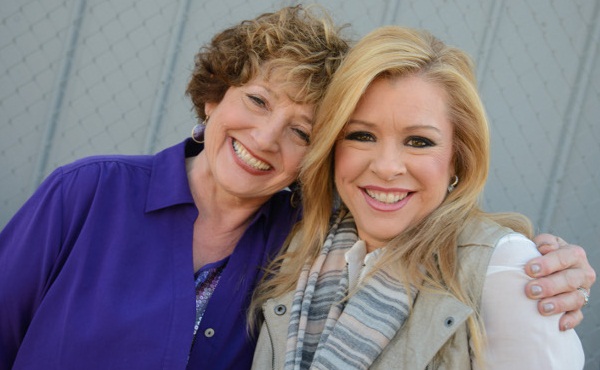 Leigh Anne Tuohy’s life didn’t grind to a halt after Sandra Bullock picked up an Oscar for playing her in “The Blind Side.”

It just got busier.

“We’re five years removed from the movie and nothing has died down,” Tuohy says. Requests, in fact, have markedly increased. In addition to upping her own media profile (the interior designer appeared on “Extreme Makeovers: Home Edition”), Tuohy has been speaking around the country about everything from adoption to racism.

“I looked at Sean and said, ‘Seriously? I’m trying to help Michael make an A on this chemistry test.’”

The Tuohys, however, relented and before they knew (and read the fine print in a contract they had signed), a book had been written and the rights were sold to a film company.  “It was a fast-track for a major motion picture,” Tuohy says. “And we didn’t understand why there was all this fuss. People all over the country were doing far greater things than we were, but it happened. It was all so quirky and unprecedented, I don’t think it was an accident. It was Goddriven.”

Eager to get a movie out,writer/director John Lee Hancock spent two years shadowing the Tuohy family. The script, she says, was “fairly accurate for Hollywood. Michael was a better football player than they showed but the fact that they didn’t screw things up was a miracle.”

While Tuohy hasn’t seen the film in two years, “some version of it is running all the time. ABC Family wears it out. CMT and other channels have tried to get us to do another thing – ‘Come to our station’ – but we’re too busy with our own lives.”

Sean broadcasts Memphis Grizzlies games, Michael has been signed to the Charlotte Panthers, S.J. plays basketball for the Loyola Greyhounds and Collins has Whimsy, “a thriving cookie business.” Leigh Ann, meanwhile, stopped her interior design business in order to do motivational speaking.

That means she’s frequently in cities around the country trying to get others to leave their comfort zones and help others. “Thank God for the United Ways,” she says, just weeks before coming to Sioux City to speak at the United Way Power Lunch. “There are Michael Ohers all over the country who need a forever family.”

What Tuohy says on her whistlestops is “every single person is born with the ability to make a difference in somebody’s life. It’s just that simple. Michael changed our lives much more than we changed his.”

Feisty, fast-talking and forward, Tuohy doesn’t hold back – even in a phone conversation. Initially, Julia Roberts was supposed to play her in “The Blind Side” but scheduling forced her to back out. That opened the door for other actresses. “Can you meet with so-and-so,” producers asked Tuohy.

But the “Blind Side” mom wasn’t receptive. “We had a life without Hollywood. We didn’t need that.” When they finally settled on Bullock, the producers asked if she could meet Tuohy “to see your face before she inks the deal.”

“What part of this confused you?” Tuohy remembers blurting back. “I should have had the sense to go, ‘It’s going to cost you.’”  Instead, she set her own ground rules: No entourage. No scenes. No Hollywood attention. “Your
people need to go away.”

Bullock listened, wore a baseball cap and sunglasses (as Tuohy had suggested) and the two got to go everywhere, unnoticed.

“She was always very quiet, not interjecting her opinions. She was a student of the game.”

The two got to be close friends and, on the night of the Oscars, the Tuohys sat four rows behind Bullock, when she was named Best Actress.

“She expected me to Erin Brockovich her and run up on stage. I was not going to do that. I watched that lady work her ass off. I wasn’t going to ruin her moment. When she got on stage, she looked at me and said, ‘This is the time you chose to be quiet?’ And I was. I was very respectful. I didn’t want to be some redneck white trash from Tennessee.”

Even better, “all of the kids are great,” Tuohy says with pride. “Michael was with the Ravens for five years. Then he was with the Tennessee Titans and that was a disaster. But now he’s happy to be with the Panthers. He said the minute he got there he felt it was the right spot.”

Life after football? “We talk about that all the time,” Tuohy says. “He does things with his dad, but I think he’ll lead a philanthropic life after it’s over. He always talks about having a place for kids to go, kids who live off the streets and aren’t raised in a country club. They need an environment that has their back, that loves them. I think that’s the direction we’ll see him go.”

And Leigh Anne? As much as she enjoys fluffing things at her children’s home, it’s unlikely she’ll return to interior design.
She has other worlds to redo.

“I pray every day we find a cure for stupidity,” Tuohy says without drawing a breath. “People look at others and say, ‘That’s a black man’ or ‘That’s a fat woman’ or ‘That’s a gay guy.’ They can’t see past labels. They’ve got to get over that. Just because someone is different doesn’t make them wrong and you right.”