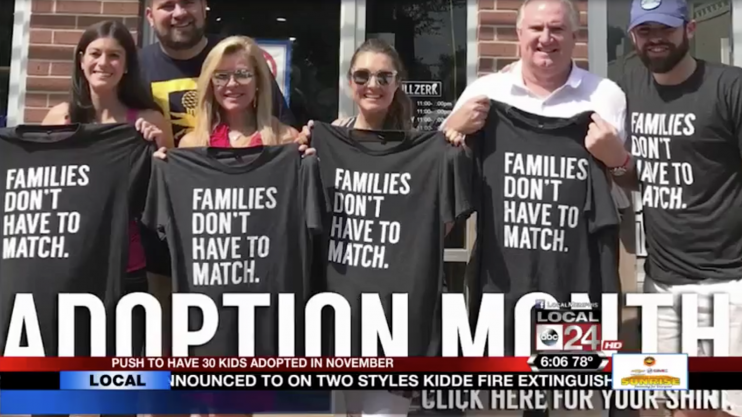 MEMPHIS, Tenn. (localmemphis.com) – The month of November is National Adoption Awareness month, and Memphis’ own Leigh Anne Touhy from the movie “The Blind Side” is launching a social media campaign in hopes of getting at least 30 kids adopted this month.

The Tuohy family took in former Ole Miss football player and NFL star Michael Oher when he was a teenager.

Leigh Anne Tuohy is a force to be reckoned with. She’s feisty and she’s passionate, especially about children. Tuohy says children like her adopted son Michael Oher get lost in the foster care system. They have nowhere to go and no one to turn to.

Tuohy says it doesn’t have to be that way. Families don’t have to match.

Leigh Anne Tuohy believes every child deserves to have a forever family. “There are 144,000 and change, kids right now in this country that are adoptable.”

Tuohy launched a social media campaign, hoping to get at least 30 kids adopted.

“It doesn’t matter how old you are. I’m old. And I can’t imagine not having a mom and dad,” says Tuohy.

Tuohy encourages families and communities to step up and help make it happen.

“This country is focused on the wrong things. We need to focus on these kids. They’re our future.”

Tuohy says the first step is you have to learn how to love.

“You’ve gotta learn to love people that don’t look like you,” says Tuohy. “I love my adopted child as much as I love my two biological kids. There’s no difference in them whatsoever.”

Dallas-based “Bullzerk” is supporting Tuohy’s cause through t-shirts that read “Families Don’t Have To Match.” 100% of sales will go towards adoption fees for families who want to adopt a child, but can’t afford it.