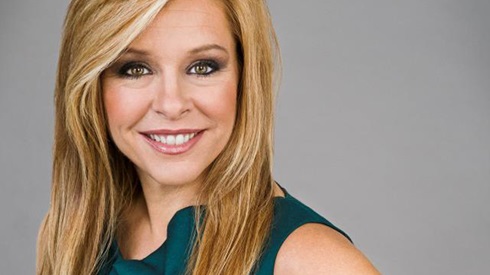 Most know Leigh Anne Tuohy from Sandra Bullock’s Oscar winning portrayal of her in the movie, The Blind Side. In the film, Leigh Anne and her husband take in an African American teenager who not only becomes a member of their family, but eventually a star football player in the NFL. It’s a heartwarming story of faith and family.

Since The Blind Side, Leigh Anne has used her new found notoriety to speak into the issue of foster care in this country. For National Adoption Awareness Month, Leigh Anne is posting daily to her social media accounts one child or group of siblings a day who are available for adoption.

“That would be Christmas (if all the children were adopted),” Leigh Anne said. “I wouldn’t need anything else.”

It’s a long process to make sure that every child posted gets their moment in the spotlight.

“We start prepping for this in July,” she said. “It is very time consuming, but is it worth the effort? Absolutely. They are in situations due to nothing that they did. They didn’t ask to be in this situation. The reality is that the numbers are really increasing at epidemic levels.”

It’s especially difficult for children coming out of the foster care system. Those children that have aged out without being adopted often struggled to adjust to life on their own. According to the National Foster Youth Institute, about 20% of children who age out of the foster care system will become instantly homeless, nearly 60% of young men will eventually be convicted of a crime, and 7 out of 10 girls will have a child by the time they turn 21.

Based on her own experience as an adoptive mother of a former foster child, Leigh Anne has seen first-hand how a loving and supportive environment can have a positive impact on a child. The journey is incredibly fulfilling, but definitely not easy.

“We never went into this thinking that we were going to end up adopting a young man,” she said. “God’s way is better than our way. Adoption is not about finding kids for families, its finding families for kids. We learned that families don’t have to match.”

Focus on the Family is also helping children in foster care connect with families through a program called Wait No More, which is a one day event where families are encouraged to consider fostering a child, adopting a child from foster care, or supporting a foster or adoptive family. At a recent event earlier this month in Colorado Springs, more than 300 people attended and more than 100 made the decision to move forward with foster care, adoption or supporting a foster/adoptive family. Since the project began over 10 years ago, 4,072 families have initiated the process to engage with children and families that are involved in the foster system.

Every child deserves a family. That’s why National Adoption Awareness Month and stories like the Tuohy’s are so important. It highlights the immense needs that are currently being felt by children throughout the country, and that it is possible for every child to find a loving home when families open their hearts and homes to waiting child.

“We believe in miracles,” Leigh Anne said. “There are stories far more interesting than ours.”