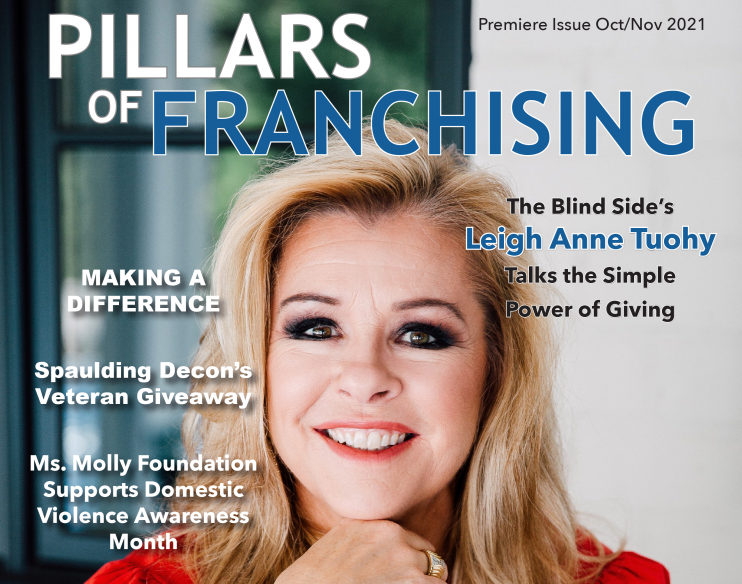 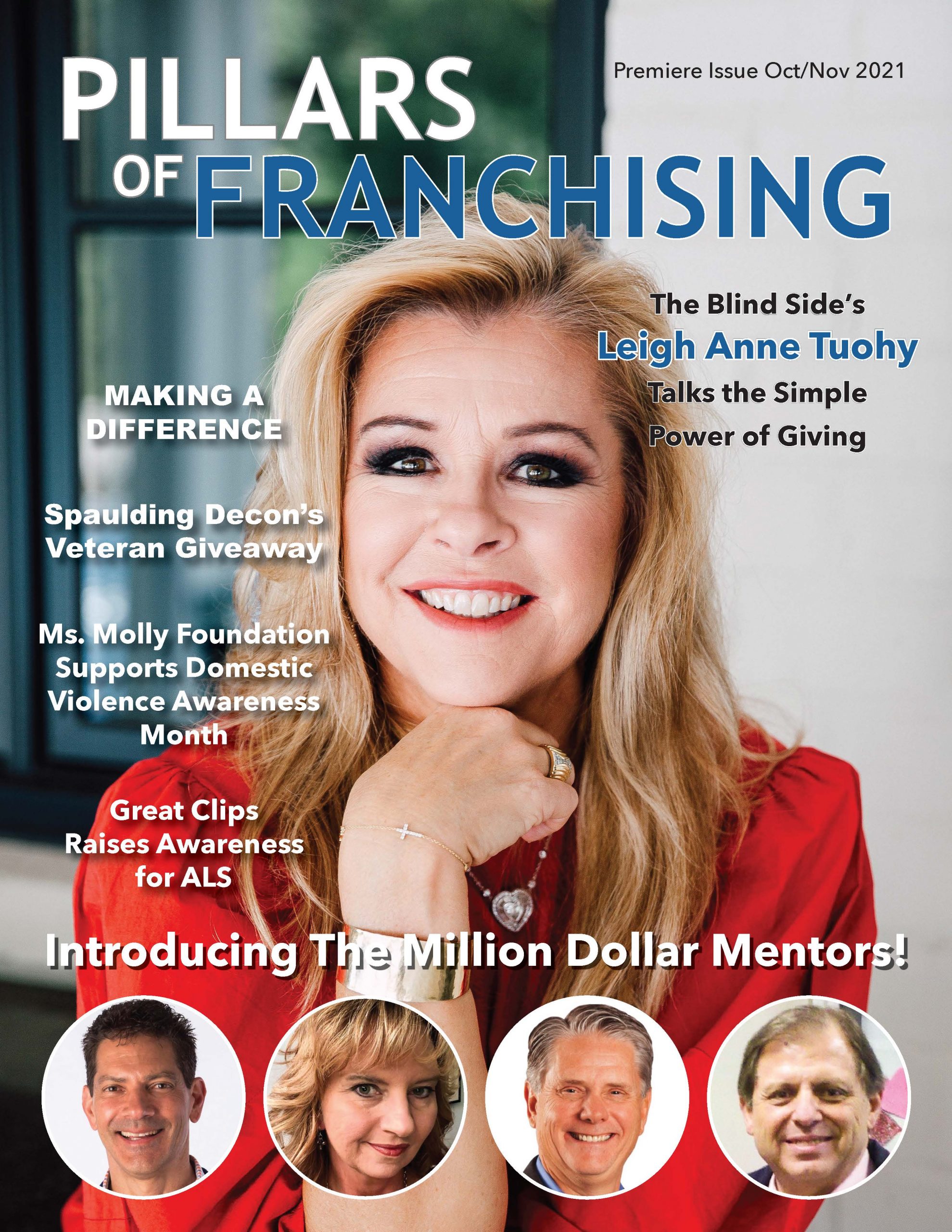 You may know Leigh Anne Tuohy as the matriarch of the family who took in a homeless Michael Oher and adopted and raised him with their other children, Collins and SJ. As told in “The Blind Side” movie, the family embraced a high school-aged child in need of love and a home and provided the tools he needed to become his best self. But that was only the beginning. Through her experience with foster care and adoption, the success of owning many franchise locations across the South with her husband, Sean, and fueled by her devotion to the simple power of giving, Tuohy is working to raise awareness for youth who need a forever home and to help ignite generosity in all those she meets.

“Everyone doesn’t have the ability to adopt, but every single one of us has the ability to make a difference in the lives of these kids,” Tuohy said. “And when the opportunity arises, I think you have to say, ‘yes.’ Together we can make a big change.”

There are approximately 420,00 kids that we know of in the foster care system according to Tuohy. And with the pandemic, the opioid crisis, and the struggles throughout the country over the last decade or so, the problem is only getting worse.

“I think the greatest need of kids in our foster care system is support and consistency. One of the biggest problems they face is that there is a revolving door of people coming in and out of their lives,” Tuohy explained. “There is no consistency whatsoever. They don’t have the day-in and day-out support that the typical child has from the moment it’s born to adulthood.”

Tuohy said that clearly, kids need structure and support. They need love and a forever family.

“We know that, and we are working on that, but until we can help achieve that with every single child, we need a way for them to have a routine and structure,” she noted. “The typical number of homes a foster child sees during their time in the system comes to around six or seven. That is not the fault of anyone. it is a very flawed system.”

But Tuohy believes this is a manageable problem.

“Why we can’t fix this system, I don’t know,” she lamented. “There are enough faith-based organizations in this country that if each one – your church, your synagogue, your mosque - took responsibility for one kid in foster care and put them in a home and monitored it, we would wipe out the need for foster care. That doesn’t seem like that daunting of a task.”

While not everyone may be in the position to adopt, there are many things individuals can do to make a difference in the lives of kids or those who are fostering kids. Here are some tips Tuohy suggests to help a family fostering or adopting:

A Simple but Powerful Decision

As Tuohy tells it, they already had a pretty crazy life when Michael came to live with them. She had a very prolific interior design business at that time. Husband, Sean, was broadcasting 82 games a year for the NBA, and Collins and SJ were heavily involved in sports and school.

“We were chasing our tails already. I tell people all the time, we were not looking to adopt,” she remembered. “The thought that we would go find another kid and bring them in – if you had asked me at the time – I would have said ‘yeah right.’ But God had different plans for us. When you are in the heat of the battle, you don’t look back until you are through it and think – ‘how did we do that?’”

One way they did it was by accepting help when it was offered. Their village pitched in and without them, Tuohy doesn’t know how they would have done it.

“Sometimes when these things come up, you have to think with your heart instead of your head -- and we did and thank goodness,” she said. “We are forever grateful that we did.”

Having owned up to 140 locations over the years that included Yum Brands!, Taco Bell, KFC, Pizza Hut, Long John Silvers, and others, the Tuohy’s incorporate giving as a value in their work as well as in their lives. Now that they are “in the 4th quarter” of life, Tuohy said they are slowing down in business, but they still maintain the culture of family and giving in the 16 stores they still own.

“Giving is at the forefront of what we do and we are very fortunate that we were in Taco Bell and Yum Brands!,” she said. “Taco Bell is a big believer in giving back. I am on the Board of the Taco Bell Foundation, and I am proud of that because we give millions and millions of dollars away to teens in need. It allows our team members to know that they work for an organization that cares and is interested in not only their wellbeing but their education and getting them where they need to be to be the best they can be. “

Tuohy explained that they instill this “giving” mindset into team members from the minute they walk in the door. They are taught that if they see a teammate who has a need, they should let us know so that we can help.

“I am a firm believer that there are two types of people in this world – the givers and the takers,” Tuohy said. “But it’s not about money - it’s more about giving of your time and yourself. That is the difference-maker right there. If you can give of your resources, you certainly should, but it’s about giving of your time. I think when people start doing that, you begin doing it more and it becomes a habit.”

Tuohy advises that starting small is the quickest way to create the habit of giving.

“When you start, you think, ‘oh my gosh, look at the difference I am making – I am changing someone’s life, or I’m the reason someone smiled.’” she said. “I think it’s a great feeling. Once you get involved and start giving, you begin to wonder – how did I not do this before? You look for opportunities to do more. And that makes you a better person, you instill that in your kids – your kids instill it in their friends. Your hope is that it has a ripple effect.” 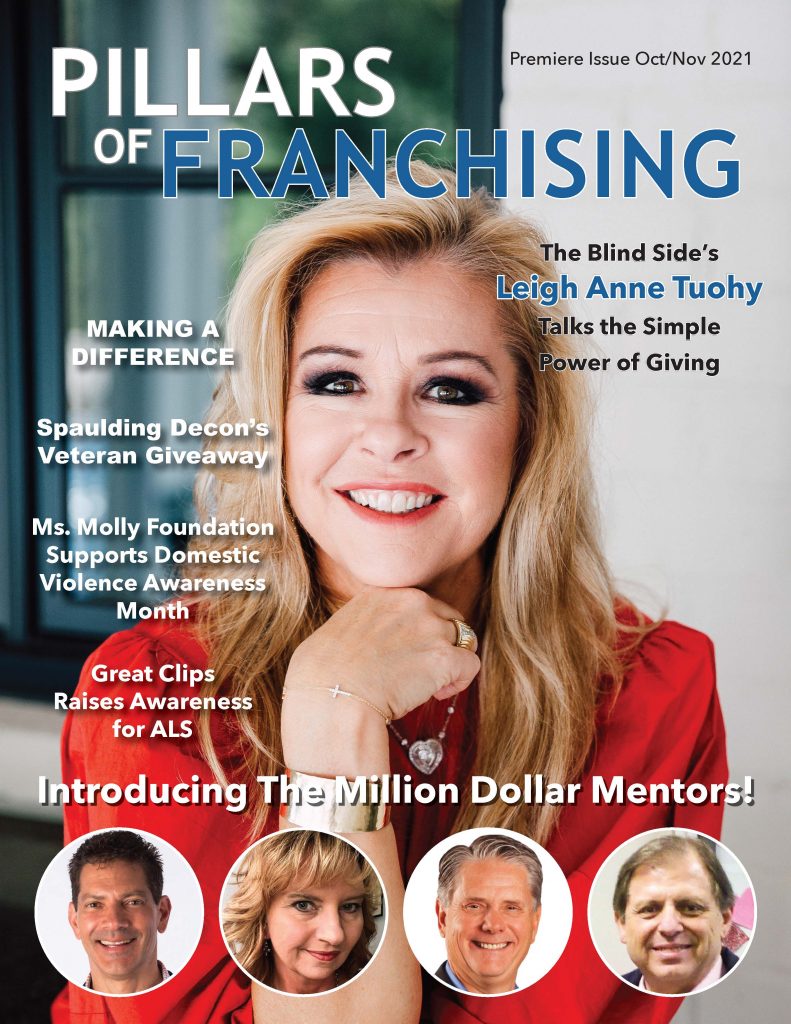 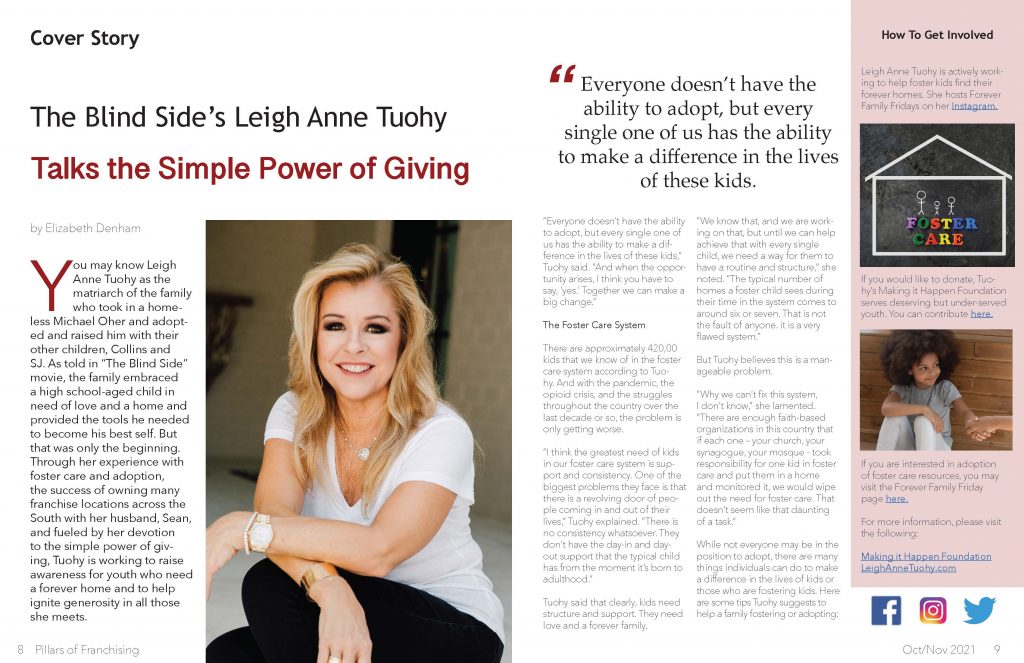 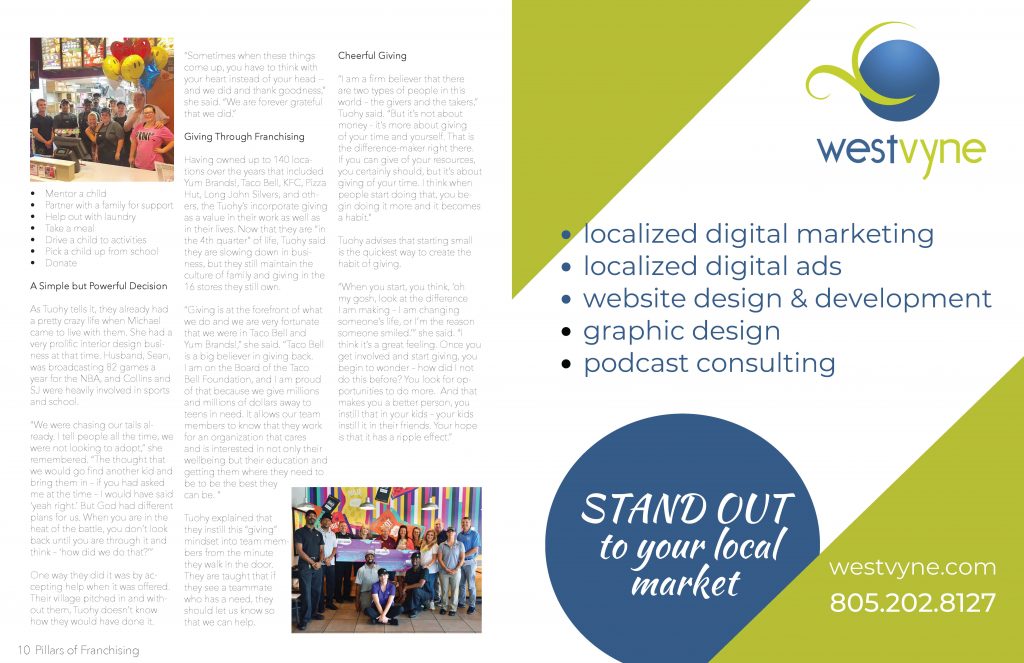