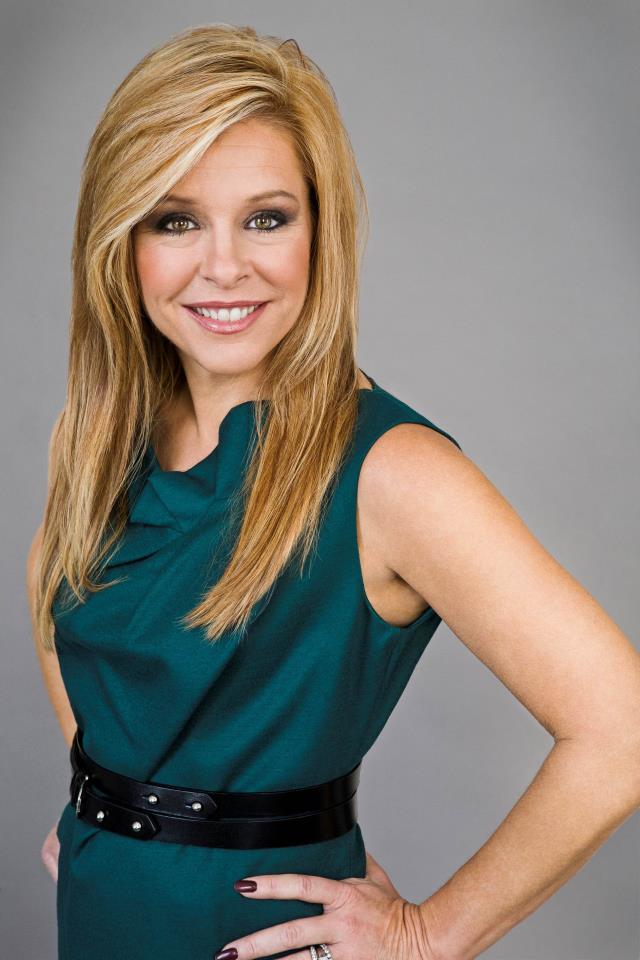 Leigh Anne Tuohy, Inspiration subject of the Blind Side

Dubbed a “warrior princess” by author Michael Lewis in his best-selling book The Blind Side, Leigh Anne is the inspirational matriarch of the Tuohy family. While studying at the University of Mississippi, better known as Ole Miss, Leigh Anne met Sean Tuohy, her husband. Both were active and ambitious college students: Leigh Anne was a cheerleader, campus favorite, homecoming maid and an active member of her sorority, Kappa Delta; Sean became a record-breaking SEC basketball champion and still holds several SEC assist records. They are the proud parents of daughter Collins and sons Michael Oher and Sean, Jr. In February 2013, Leigh Anne and the whole Tuohy family were on the sidelines cheering Michael and the Baltimore Ravens on to his first Super bowl victory.

Leigh Anne inspires audiences to recognize the full potential of individuals in their community—and to find value in those who society has deemed valueless. She shares her personal “Blind Side” observations, from seeing Michael Oher for the first time to how the experience changed her as a person—and the Tuohys as a family. “He had a much greater impact on our lives than we did on his life,” says Leigh Anne. One of the country’s most sought after motivational speakers, Leigh Anne has given lectures to a broad spectrum of audiences from religious groups and town halls to some of the country’s largest corporations.

The chronicle of the Tuohy family’s life, Michael Lewis’ New York Times number one best-seller The Blind Side, went on to become a record-breaking Hollywood blockbuster that earned more than $300 million at the box office and became the number one opening weekend sports film in history. The film boldly depicts both the struggles and triumphs of building a blended family; Sandra Bullock won her first Academy Award for her portrayal of Leigh Anne in the film.

A Memphis, Tennessee native, Leigh Anne attended Briarcrest Christian School and went on to graduate from the University of Mississippi with a Bachelor’s of Science in Interior Design. Leigh Anne owns “Flair I,” an interior design firm. Her work has been featured on HGTV and in numerous publications. She has designed for such clients as Peyton Manning, Scottie Pippen, Isaac Bruce, and OJ Mayo and was a member of the design team for Extreme Makeover: Home Edition Season 8 during the 2010-11 season.

The Tuohy family is actively involved in many civic and faith-based organizations, including Grace Evangelical Church, of which they are founding members. In 2010, Leigh Anne was awarded an honorary doctorate from Christian Brothers University for her outstanding commitment to Christian service and cheerful giving; she delights in her new moniker, Dr. Tuohy.

Years after The Blind Side burst onto the scene, breaking box office records and inspiring individuals nationwide, Leigh Anne continues to make an impact. In July 2010, she and her husband, Sean, released the New York Times best-seller, In a Heartbeat: Sharing the Power of Cheerful Giving, and established their charity, The Making it Happen Foundation, which promotes awareness, provides hope, and improves standards of living for all the children fighting to survive in the invisible cracks in society. Leigh Anne’s newest book, Turn Around, a five-day-per-week devotional that uses scripture as a springboard to reconsider what it means to give sacrificially, generously, and immediately―many times, without having to leave your own community.

The Tuohy family’s inspirational story has been covered all over the national media, including Katie, Fox and Friends, Good Morning America, 20/20, The Today Show, Dr. Drew, Sean Hannity, Huffington Post Live , and Huckabee, to name a few. Leigh Anne has also been a contributing writer to the AARP weekly blog and More.com, offering advice through personal stories of determination and charitable giving.

Leigh Anne was seen on Family Addition with Leigh Anne Tuohy on UP, the network dedicated to uplifting entertainment. The television show featured families as they go through the practical, physical, and emotional process of adding a new family member and also facilitated a makeover of part of their homes to accommodate the new addition.

Through all of their projects, the Tuohy family continues their mission to inspire hope, ignite generosity, and make it happen for the deserving, but underserved youth.

“He had a much greater impact on our lives than we did on his life,” says Leigh Anne.

Here’s What Others are Saying

“Just wanted to tell you how much I enjoyed listening to you at Women for OSU Symposium. Thanks for reminding me to do what I can to help others and to listen to God’s voice.”
Donna
Stillwater, OK

“Thank you for coming to speak at Good Sam Luncheon in San Antonio. Just the kind of fire I needed to be more proactive in my own journey. You see I advocate for those who are struggling readers. Those with Dyslexia. Very much like Michael’s story so many students just get passed through grade after grade. No one taking the time to “turn back” when their gut is telling them something is not right here. Taking the time to request testing, and then intervene. You see reading is a basic right and an essential skill for living. You can only imagine the social and financial consequences on one personally and ultimately our society. Although I actively advocate for my own child, I do feel a calling to “do more”. To speak up for those parents and students who just don’t know and trust in a broken system that allows these students to fall through the cracks. Once again thank you. I believe you were divinely placed in my path for a unique purpose.”
Tricia
San Antonio, TX

“Thank you so much for the impact you made on our event in Scottsdale. So many people said what a joy it was to hear you speak. It was an added delight to have dinner with you and to get to know your heart for making a difference.”
Donald
Santa Ana, CA 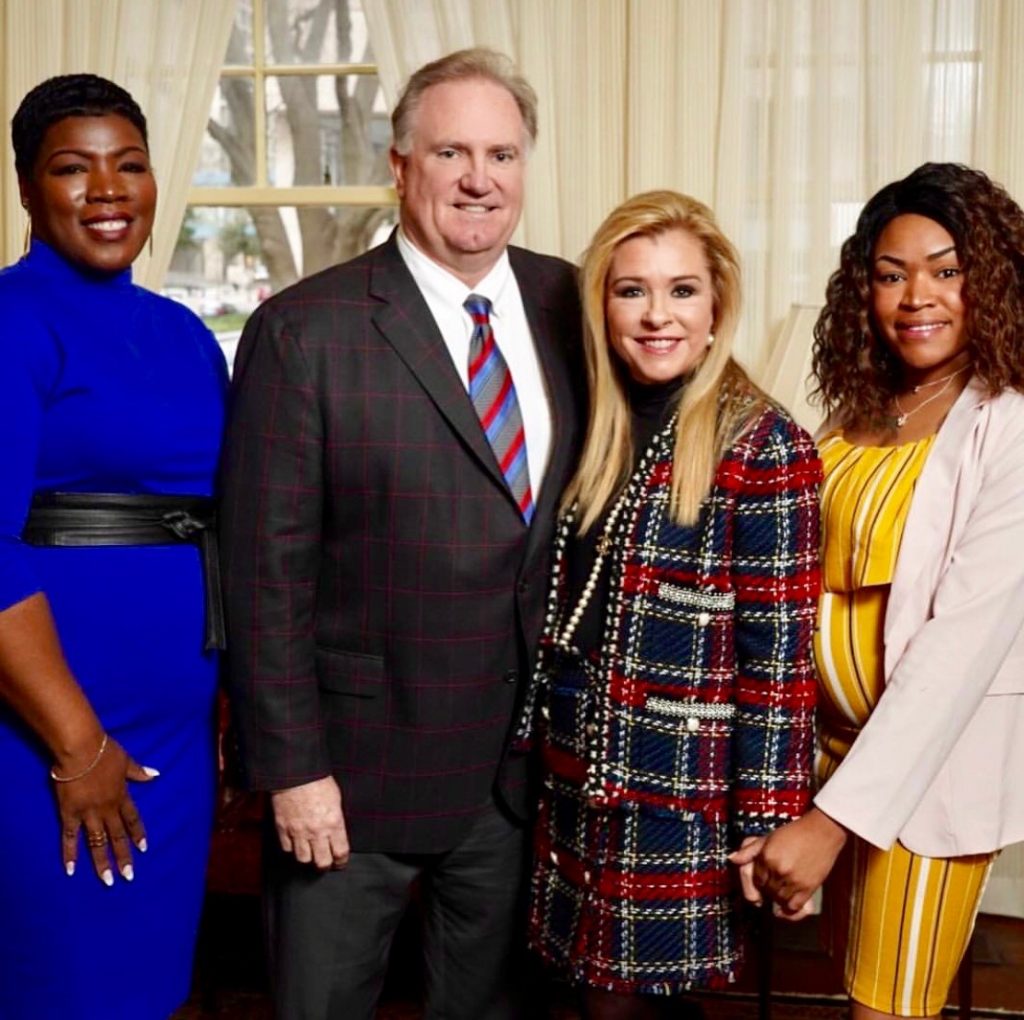