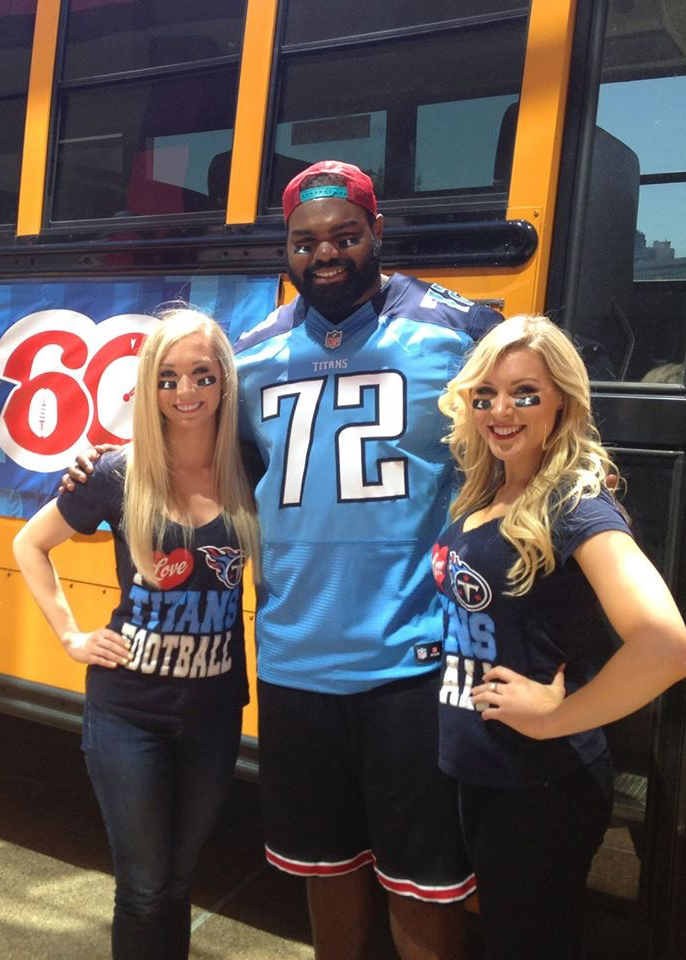 Michael Oher’s inspirational journey from the streets of Memphis to the NFL was chronicled in Michael Lewis’ best-selling book The Blind Side, now a major Hollywood blockbuster. The adopted son of Sean and Leigh Anne Tuohy, Michael spent most of his childhood in various foster homes and moved in with the Tuohys when he was 16. “Who knows where I’d be?” says Michael, who with the love and support of the Tuohys, improved as a student and became the most sought after player in college and professional football.

Michael inspires audiences to see their greatest challenges as opportunities. “As I look back, it’s crazy how I got here,” he says. “But it didn’t seem tough at the time. I just lived day to day, did the best I could.”

At 6-foot-6, 320 pounds, Michael’s size and athleticism had professional scouts and recruiters pegging him as a first-round NFL draft pick as soon as he stepped on the field as an offensive tackle and first-round draft pick for the Baltimore Ravens. Michael played collegiate football at the University of Mississippi and prepped at Briarcrest Christian School in Memphis, TN, earning USA Today and EA Sports All-American honors. In college, he was All SEC First Team; First Team All American; runner up to The Outland Award; and received The Jacobs Award for best blocker in the SEC. In 2013, Oher helped to lead to Ravens to Super bowl victory.

Michael began playing football as a child and joined the Briarcrest Varsity team his junior year. In his senior season, he took over as the starting left tackle, and quickly became one of the top prospects at the position. He also competed in the US Army All-American Bowl and was named to Rivals.com’s All-American Bowl All-Time Team. Selected by Tom Lemming/ESPN as the nation’s top offensive tackle, Michael was named to the SuperPrep All-American team. A multi-talented athlete, Michael was also a state runner-up in the discus as a senior in high school and earned All-State honors by helping lead the basketball team to a 27-6 record, winning the district championship as a senior.

With The Blind Side as one of the most talked-about true stories of our time, Michael is now sharing the story in his own words. His book, I Beat the Odds: From Homelessness to The Blind Side and Beyond (Gotham 2011), offers an intimate look at what the “Blind Side experience” was truly like for Michael. Seeing the story through Michael’s perspective, he shares how the Tuohy family impacted his life, and how their love, combined with his hard work and dedication, propelled him into professional sports.